A lot happened to us in the 80’s.  Chris had taken on a management role with The Henry Gorman Band and we decided that, together, we should form a little record company, and so, Backshop Records was born.

We released “Chase The Night Away” as a single and we took great satisfaction in organising all production aspects of the 7” record. I  took photographs and designed the poster sleeve, Chris produced the song and,together we travelled the country to pick up the product, package it, distribute it and publicise it.  It was successful in that we sold out our pressing but, for it to be a ‘hit’, we needed a major to pick up on it and take it to the next level.  Despite it being record of the week on Downtown Radio in Belfast and Tommy Vance on Radio One saying it was the best independently produced single he had heard; no major came knocking.  The project is still one that I am immensely proud of.  It was a great product but was not to be.

The band were very popular in , ironically, Poland.  We got involved in a great video recording of the band at a little studio over in Millport on the island of Cumbrae and, also recorded live video of their gigs.  Some of these can be seen on You Tube.

We had a great photo shoot for the cover of the debut single around the corner from Chris’s flat and one shot stood out from the rest as a great one for the cover, which was a fold out format.  What stands out now is that we had to wait till the pics had been developed before we could tell if they were any good.

We found a great way to relieve the boredom of sleeving all the singles by shouting out “one pound” for every one that we did. 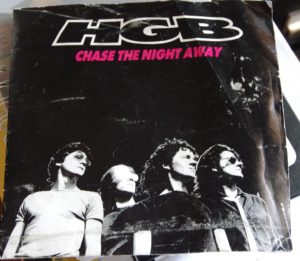 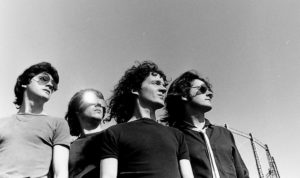 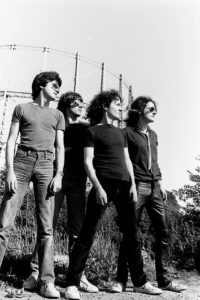 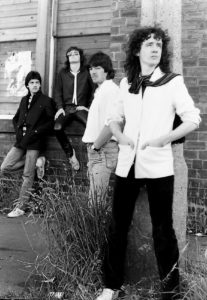 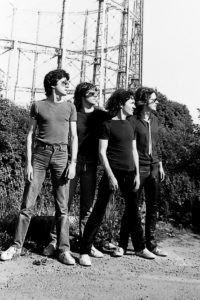 A subsequent photo session for what was to be a follow up single lives long in my memory.  The single was to be called “Coming Down” and I had the idea of the band coming down a four lane slide at a fairground.  We managed to organise out of hours entry to the carnival at Kelvin Hall, Glasgow and proceeded with the shoot. I lay prone in between the two middle lanes of the chute and the boys came sliding down towards the camera.  In one of the runs, bass player Ronnie Garrity’s heavy boot caught my forehead and I tumbled “arse over tit” down the slope.  Blood was spilled and I still have the scar, reminiscent of Harry Potter.  We did, however, get some great shots which, unfortunately, I have been unable to find and the single was never released.  The song is, however, featured on a cassette tape that we released entitled “The Official Bootleg”. Henry himself later re-released the recording on CD.

We managed to get some other guys involved in the record company and recorded and released a cult single by 100% Man Mad Fibre called “Green For Go”.  It was quite successful and appeared in various independent charts. 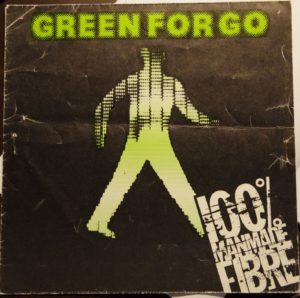 Around this time, we had the idea of writing a radio play called “The Bally Hi-Hi’s” about a two Englishmen who crashland their private jet on a desert island inhabited by supporters of the Glasgow football team Third Lanark, unaware that the club was disbanded several years ago.  This evolved into a one act play and was performed by The Unitarian Players, an amateur dramatic group, in a Festival of One Act Plays at the Mitchell Theatre, Glasgow.  I don’t know that the judges knew what to make of it, but the cast and audience loved it.  We even had a mock Lear jet constructed for the opening scenes.

We were, after this, approached by an old friend of Chris’s, Joe Quinn,  to write a musical based around “Schoolboys In Disgrace”, an album by The Kinks. We really enjoyed the process and I should point out that the scripts were hand written and then transcribed onto  an Amstrad CPC464 computer with, believe it or not, 64k memory and cassette tape drive.  The whole thing was then printed on a dot matrix printer.  Tell that to the kids of today and they won’t believe you. 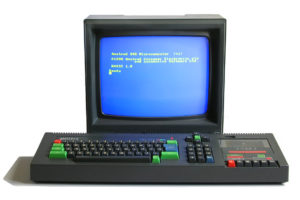 The musical was successfully performed at Mitchell Theatre, Glasgow and I had a small part in the production.  One of the young cast was Janey Storrie, who went on to become award winning actress, author and comedian Janey Godley. 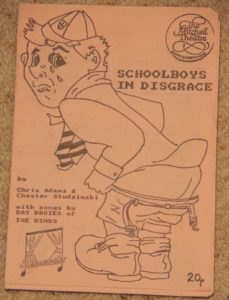 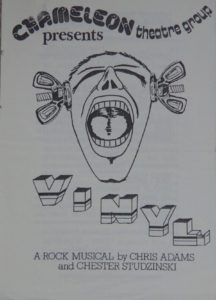 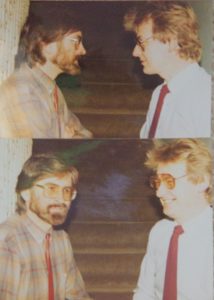 As a result of the reaction to “Schoolboys In Disgrace”, Joe Quinn thought it might be a good idea to write a musical using Chris’s own songs and we centred our thoughts around one song,“$uicide”, which had been written about Ian Curtis.

Our story, entitled “Vinyl” evolved around a rock star called Matt Vinyl, who had tried to commit suicide on stage and had been placed in a mental institution.  The first act took place inside the mental establishment and, after his release, the second act was in the music world.  Which was the saner place to be was the pertinent question.  After a successful week at East Kilbride Village Theatre, it was decided to have a second run at Mitchell Theatre in Glasgow.  Performing in this production was monumental for me and, after the opening night, I can well remember being so energised that sparks were coming off my fingers.

It was a monumental event for Chris too because, at the last performance, he was persuaded to come on stage and perform once again.  We had also managed to source a video copy of String Driven Thing’s performance of “Circus” on Old Grey Whistle Test.  This was all thanks to Nigel Crowle, a BBC researcher, who had looked after me the previous year when I appeared on Noel Edmonds Late Late Breakfast Show as a Whirlywheeler doing a somersault on skis at the Earls Court Ski Show. 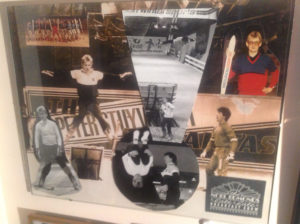 A combination of these factors gave Chris a resurgence and getting him playing live once again became a reality rather than a dream.

Shortly after our two musicals at The Mitchell, we were asked if we could write and direct a pantomime for the Mitchell Theatre staff to perform.  Before you start – “oh yes we did!”

The Three Berrs (&Goldilocks) was amazingly bad with me writing a few parody songs and the two of us mashing together what closely resembled a script for the staff to rehearse and perform.  For my sins, I agreed to direct the whole thing.  What was interesting was that, on the night, the only person who missed his cue was the sound guy – the only professional in the team.  It was all for a laugh and did raise some money for charity so was worthwhile in the end.  It was not, however, the pinnacle of our writing portfolio and I do not hear anyone crying out, “Oh yes it was!”   Thankful, it’s behind us now!