Posted on May 31, 2012 • Categories: Everything Else • Written by manager • View all posts by: manager

In the lead-up to the Boom Boom Club gig, Rob Adams (no relation) of The Herald interviewed Chris, the half page feature being shown below:- 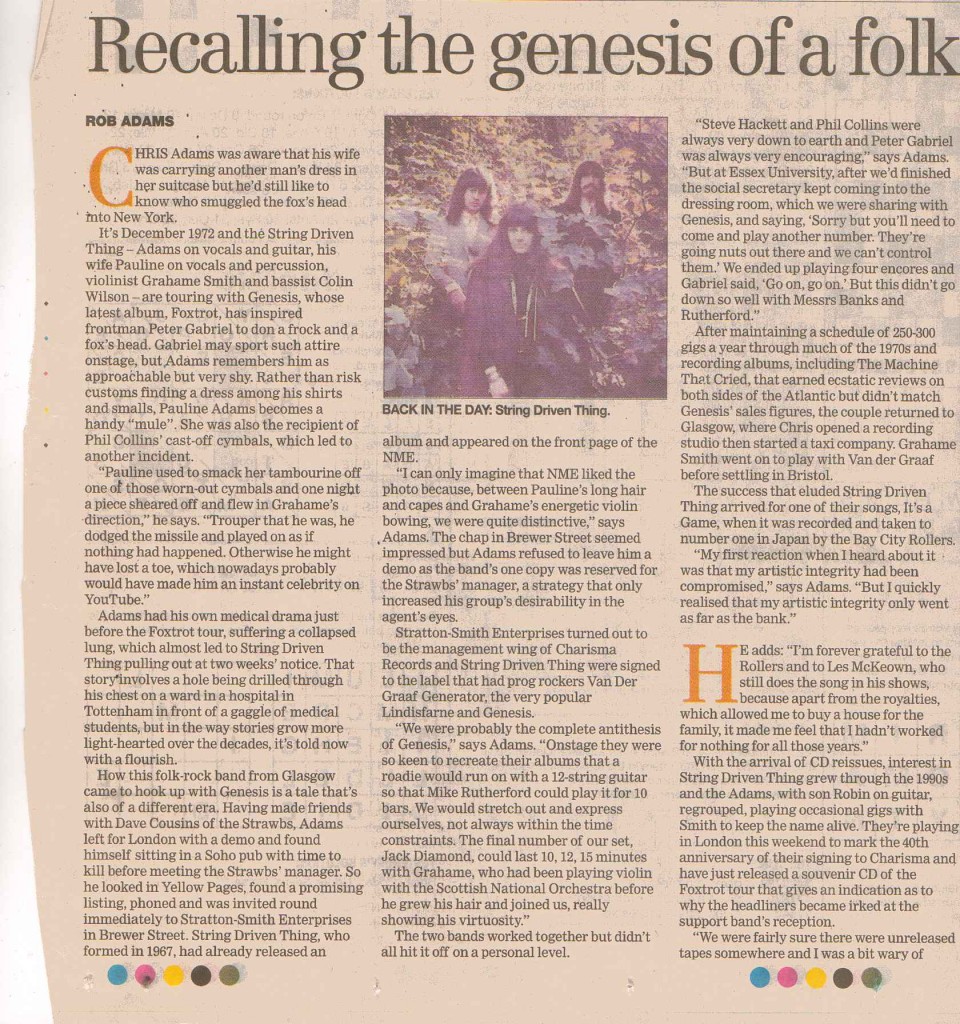 The full story, about Pauline & The Orange Dress  can be found in the sleeve notes of the latest album  – a  40th anniversary live set  from the 1973 Genesis Foxtrot tour.  Recorded at Manchester Trade Hall, the set includes a staggering version of Jack Diamond and revives the free blowing spirit of the band back then.  Here is an actual picture of the actual dress as worn by Mr Gabriel. 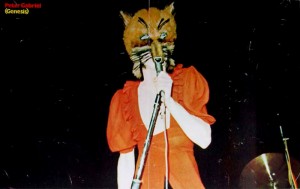 Get the album at www.tractor-ozit.com