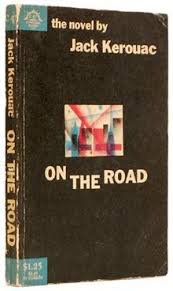 As STRING DRIVEN, Chris Adams still leads the group with an Americana sound. The new album, “Songs from Another Country” is due for release in 2009. 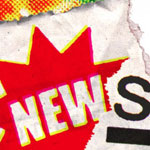 You can hear the Session at Celtic Music Radio again by going to http://www.canstream.co.uk/celticmusic/index.php?cat=SaturdaySequence. 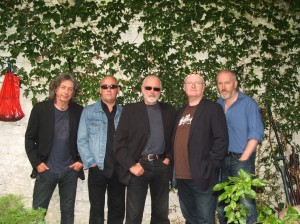 Signed copies are now available! To order yours… United Kingdom Europe You can check-out via the Shopping Cart in the right hand column! This photo shows the band with producer, Danny Mitchell. 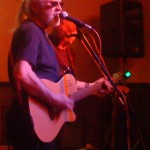 The customers of Sammy Dow’s on the Southside of Glasgow got a sneak preview of String Driven’s new album on Friday 24th April. Word of mouth had ensured a packed house and they were treated to gems like Another Night in This Old City written just half a mile away, over 40 years ago. The… Read More… 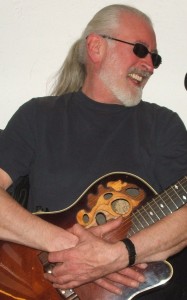 With the impending release of “Songs From Another Country” and a shortened band name, the webmaster caught up with Chris Adams to get the inside story. The big question must be the name change. Why drop the THING? Well, this present line-up has gradually evolved into a totally different beast, with its own distinct identity,… Read More…

STRING DRIVEN THING were one of the most innovative progressive/folk rock bands of their time. Their selftitled album and “The Machine That Cried”, released by Charisma in 1972/1973 are now cult collector items !

As STRING DRIVEN, Chris Adams leads a stripped down four piece with a punchy Americana sound. The new album, “Songs from Another Country” is due for release in June 2009

In February 2009, String Driven engaged RWS to develop and produce a new content-driven website to coincide with the upcoming launch of the album “Songs from Another Country”. Utilising WordPress & a heavily recoded theme originally developed by Michael Hutagalung, the new site allows the band to release information about upcoming gigs and record releases… Read More…