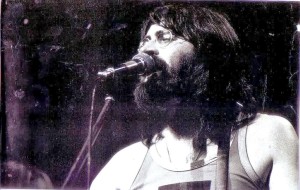 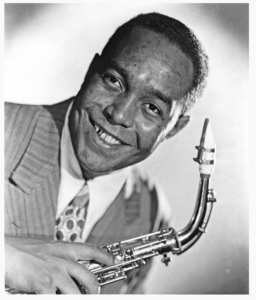 I remember in early ‘73, coming off tour to be at my sister Jane’s wedding. The band was doing well at the time, and with the full beard and hair down to my waist, I was feeling pretty cool and groovy about myself. There had been a time not so long ago that looking like this in such a gathering would have brought shame on the family, but hey, I was on my way to being a rock star, and if anything, I was now a minor celebrity, so the times they had definitely changed big style. Anyway, after the speeches were over and we were relaxing with a beer and meeting the new in-laws, I was introduced to the bridegroom’s grandfather, a wiry wee man in his early 70’s, who grasped my paw in a formidable handshake.

‘Ever heard of Charlie Parker?’

I blinked. Naturally I had, but I hadn’t been expecting to take questions on him. At least, not from a wee Glaswegian pensioner.

‘Cause I used to go and see him regularly when I was over in Boston, back in the late 40’s…’

Now he had my attention.

‘Well obviously the band was amazing. Great players. But when Bird began to blow, believe me, there was just one man up on that stage.’

Strangely, in that surreal moment, I knew exactly what he meant.

Then, not long after Jane’s wedding, I found myself in The Marquee waiting for the new Sensational Alex Harvey Band to take the stage for their much anticipated London debut. By this time our band was really getting a name for itself, and I was in the bar with one of the real movers and shakers of the time, the Scotsman Bill Fehilly, owner of Alex’s label, Mountain Records. He was telling me about one of his other acts when the man himself came out of the dressing room and walked over. Bill introduced us, and a little in awe, I found myself telling him how as a teenage kid I had watched him up close in the Cave, and how he had totally blown me away, and in short, how he was the reason that I had started playing music, and was where I was today.

‘S’at right?’ said Alex, and turned to Fehilly. ‘How long before we go on?’

If there was a term for sudden psychological shrinkage, it would have applied to me at that moment.

I just wanted the ground to open up and swallow me, and whatever nerve he hit, the burn of shame stayed with me for years. Any time I recalled the incident, I would feel my ears begin to tingle as the blood rushed to my extremities. Bottom line was, the man had been my idol and I had blown it, big style. For those few unguarded moments I had been that most uncool of creatures, the gushing fan. Why in God’s name hadn’t I just played it cool, maybe asked him if he still had the old Burns guitar, or told him how his Dad had brought his young brother Lesley in his Commer van to that demo session with Jimmy Mullen way back in ’68. I could have even asked him why he had come out of ‘retirement’, but then I knew the answer to that, for it was his own personal way of coming to terms with Lesley’s tragic death. And I guess that puts it all into perspective.

I’ve told that story to people who knew Alex well, like his son, Alex Junior, and they’ve all said how unlike him that was, that he was always courteous with fans, that maybe he was nervous on the night because of the London debut. Maybe so, but if you notice, Bill Fehilly had introduced me as a fellow musician, not as a fan, so maybe the uncomfortable truth is that I was just so over the top that Alex felt I needed to learn some sort of Faustian lesson. And learn it I did. In the years that followed, I came to see that fame is merely in the eye of the beholder; that to be in awe of someone to that extent is dangerous, but that the same holds true in the collective sense, for though it takes a great deal of courage to get up there and play live in front of a big crowd, to be in awe of a multitude of beholders is just as foolish. Like those famous lines from the Biblical verse would have it:

‘What does it profit a man if he gain the whole world and lose his own soul?’

Note: The song “Idol” based on this story features on String Driven Thing’s excellent album “Songs From Another Country”, still available from our on-line store.

It also featured on the musical play “Vinyl” written by Chris & his friend Chester Studzinski.  More about that in a later episode..